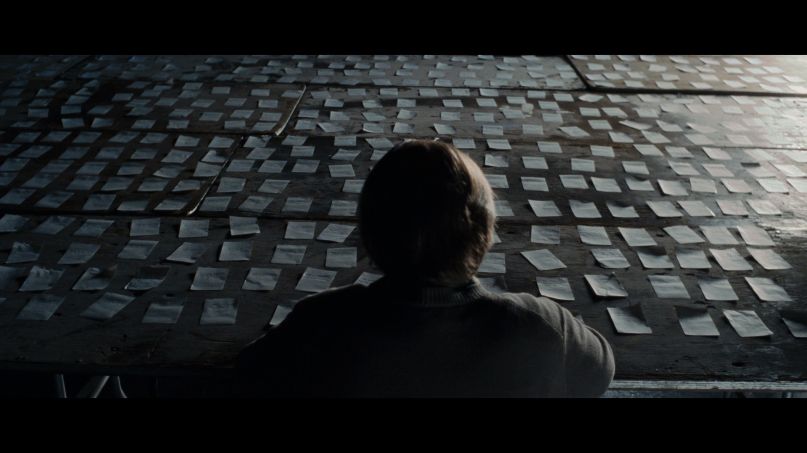 Synecdoche New York is without a doubt one of the strangest movies I have ever seen, and it’s very hard to describe. But that’s be expected, since this movie was written and directed by Charlie Kaufman, who also wrote Adaptation, and Eternal Sunshine of the Spotless Mind. Both of which are also weird movies, although maybe not on the same scale as this.

Synecdoche follows Caden, a playwright suffering from an unknown illness, who receives a MacArthur fellowship. With this money Caden decides to direct and produce the biggest play imaginable. There are sets within sets to the point where Caden essentially builds his own city. In the play, actors are portraying ordinary people, and other actors portray those actors. The movie also has sub-plots involving Caden’s multiple families and children in Berlin and New York. This is one crazy movie.

Throughout the movie, weird stuff happens. Such as a woman living in a burning house, books describing things happening in real life, or main characters aging while everyone else stays the same. At the beginning of the movie I tried to figure out why these things kept happening. I gave up trying, and found that I enjoyed the movie a lot more. After giving up I also realized that this movie is just about the funniest thing I’ve ever seen.

That’s not to say this movie isn’t deep, because it is. I found myself relating to Caden’s problems many times throughout the movie, such as when he thinks about his future or his own morality. I’m also not ashamed to say I was crying a little at the end. This is a very weird movie, and most people don’t like weird things. I can see where a lot of people will have a problem with this film. That’s fine. For those that are okay with it, Synecdoche New York will become one of your absolute favorite movies.